RIP Prodigy. I’m shocked and saddened by his loss. He may not be in everyone’s top ten, but Prodigy was one of the most important hip-hop artists of his generation (and still made good music after the spotlight dimmed). If you weren’t a teenager of color from New York in the mid nineties, you could be forgiven for simply viewing Prodigy and Mobb Deep through the lens of hardcore/gangsta/urban hard boiled rap. 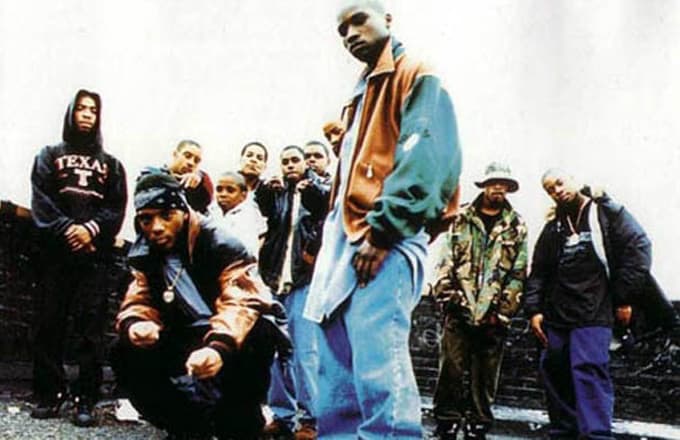 Prodigy was adept at painting unflinching and bleak portraits of urban life that could compete with the best crime fiction, but he also spoke to an inner darkness that was deeply familiar and haunting to those of us who knew (or were) that overly reckless kid, the one who was willing to sacrifice everything for nothing.

Prodigy made a lot of entertaining music over the years, but the precision and specificity of 1995’s The Infamous, the second album he made with Havoc as Mobb Deep stands out. It’s an album that reintroduced the Queensbridge Housing Projects (the housing complex made famous by Marley Marl and the Juice Crew in the late 1980’s in songs like the Bridge) from the perspective of a younger generation of young men living the thug life. The songs exist in an uncertain realm between truth and fiction, a blend of personal experiences with second and third hand stories and traditional hardcore rap braggadocio.

The duo (joined by Rapper Noyd, Nas, Raekwon and Ghostface Killah) told stories that glorify hard life in all the expected ways, but also suggest some deeply uncomfortable realities. When I listen to The Infamous as a man in my late thirties, I’m struck by the duo’s youth and the intimate scale of the storytelling. These aren’t the gangster film inspired epics that some of their contemporaries (such as Nas himself, who debuted his ‘Escobar’ persona on the album) later made famous, but smaller stories about petty drug dealers and stick up kids.

The stakes are objectively lower – there are no massacres, kilos of cocaine or multiple life sentences – but far more meaningful. On Survival of the Fittest, Havoc reminds us that being “hit with a two to four is difficult”, and we’re reminded that any period of detention is intensely stressful and dehumanizing.

Both artists are great on this album, but Prodigy brings an unexpected pathos that helps distinguish the music from other hyperlocal hard boiled rap from that era. His verses on the Infamous weren’t just amazing because they were clever or because of his ice-cold delivery, but because they hinted at deeper truths.

We can die together
As long as I send your maggot ass to the essence, I don’t give a fuck about my presence
I’m lost in the blocks of hate and can’t wait
For the next crab nigga to step and meet fate
I’m lethal when I see you
There is no sequel
Twenty four/seven, Mac 11 is my peoples
So why you want to end your little life like this?
Cause now you bump heads with kids that’s lifeless
I live by the day
Only if I survive the last night
Damn right
I ain’t trying to fight

-Prodigy, Right Back At You

There’s an emptiness in that last line that’s just chilling. I’ve listened to a lot of crime rap over the last quarter century, and there was no one better at capturing the tragic nihilism of teenagers living the trife life. The mix of pride, hate and despair in his voice reminds me of some of the young men I met working for an alternative to incarceration program in New York. Although the vast majority of the court-involved young people were ordinary kids who had some bad luck or made some poor decisions, there were some who were trapped in a cycle of trauma and detention that could lead to the kind of destructive pessimism we hear in Prodigy’s verses.

Most of the people I knew in my younger life who hustled were depressed. Sometimes it was obvious. Other times it was only clear in retrospect. Prodigy’s verses always reminded me of the burden that they had to carry. Who will speak for them now?